The forecast was 'heavy rain', so we headed to Ballymena as prepared as possible.  It seems the Ecos Centre is undergoing some renovation, but the surrounding parkland is absolutely worth a visit. 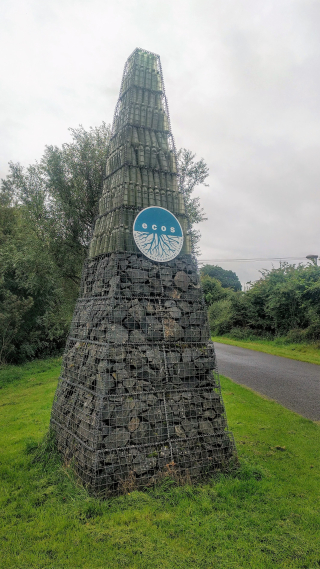 Ecos has a friendly set of volunteers, with a well-organised setting up in progress as we arrived - signage, road cones, sheltered area for tea/coffee and ample biscuits.  Run Director Alastair Donaghy gave everyone a warm welcome, 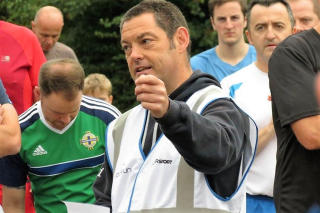 Before the run, Peter Hamilton introduced himself - another runner who has already run Northern Ireland's 22 parkruns.  Peter had just run his 150th parkrun the previous week - congrats!  Ecos Ballymena is his favourite parkrun. 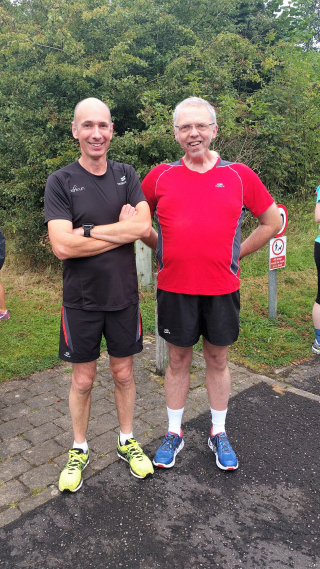 For Ecos, son Chris and fellow Corrymeela member David Mark ran with me.  It's another great parkrun course, organised as a two-loop figure-of-8.  The archway of trees at one stretch of the run was beautiful - sorry, didn't get a photo. 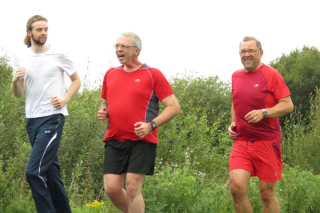 Ruth has been able to come along to all of the parkruns, except Limavady.  As everyone heads into the distance, Ruth generally takes the opportunity to capture something of each course's scenery before the runners return - like this photo of a wild flowers garden. 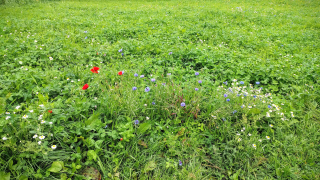 parkrun has various types of volunteer, including Guided Runners, who can run alongside people who are blind or visually impaired and their Guide Dog.  Before the run, we briefly met Torie Tennant and her Guide Dog.  Later, we finished the run close together.  Thanks to Torie for her encouragement and support. 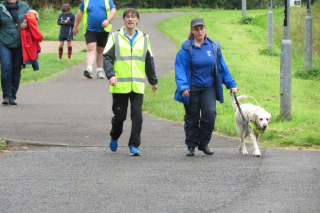 Before leaving we got to speak with Susanna and Matthew Allen.  After encountering parkrun for the first time, Susanna thought the whole experience - running and sense of community - was so good that she worked with people to set up Ecos parkrun over four years ago. The Ecos sense of community was certainly alive and well on Saturday.  As Matthew said

And the running performance at Ecos was absolutely evidenced by the first person over the line.  Peter Avent, visiting from Edinburgh, smashed the Ecos record by 22 secs, down to 15:26. 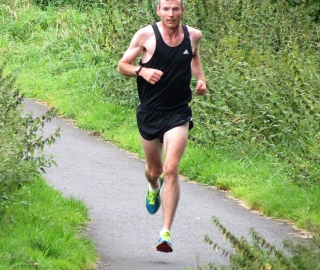