We headed up to Derry on the Friday, staying in the friendly White Horse Hotel.  It was a beautiful evening, so before a good meal in Fitzroys we walked the course.

On Saturday, we arrived at the busy starting point at 9, with time for some more photos as well as warm-up. 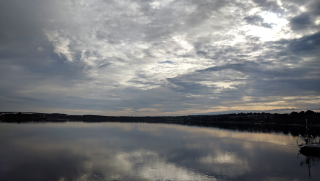 Run Director Gerard Harkin gave everyone a warm welcome, emphasising the need to give way to the (many) pedestrians, cyclists and other runners that were about. 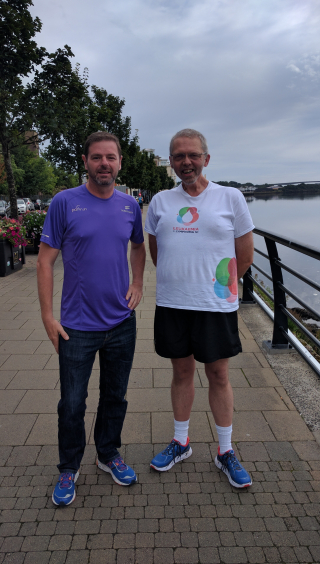 Colleagues Riona and Nate from BT accompanied me, and was also good to see Riona's family and friends. 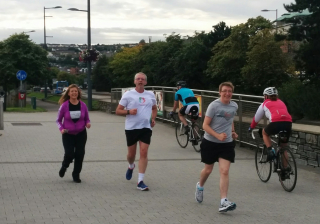 Before the run, I met Fidelma Hodgkinson.  Fidelma had an allogenic stem cell transplant in 2002 - her sister was donor.  It was helpful for Ruth and me to hear Fidelma say, 14 years post-transplant,

"I haven't looked back"

Swapping notes with someone who has journeyed further down the road can be an encouragement.

Derry City was a beautiful run.  At half-way, you run around a statue (which was wearing a parkrun jersey!) and head back the way you came.  Many runners on the return leg encouraged people still making their way to the half-way point.  One advantage of the Derry course is the clear visibility of the whole course - you know how much further you still have to go.

Kerrie McIlmoyle, who I'd met at Run #8/22 at Limavady, was first woman finisher at Derry.  Kerrie came back to run the final straight with me.  With Kerrie's positivity, I went for a few final speed bursts.  So, thanks to Kerrie for helping me achieve a new PB, by 3 seconds!, of 35:10.

Afterwards, Fidelma could see I needed to recover and she gave me her water bottle. Seems a small gesture perhaps.  However, in the moment, it meant a lot.  You never know when a simple act of insightful kindness will 'land' powerfully with someone. 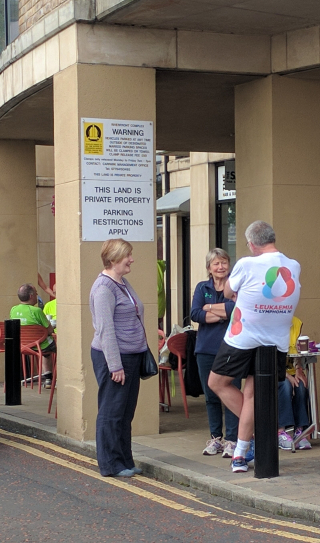 Before leaving we spoke again with Run Director Gerard.  Looking at the Peace Bridge and the shore across the River, he spoke of the variety of people who meet up at parkrun.  I left Derry mulling Gerard's words...

"We bridge lots of divides." 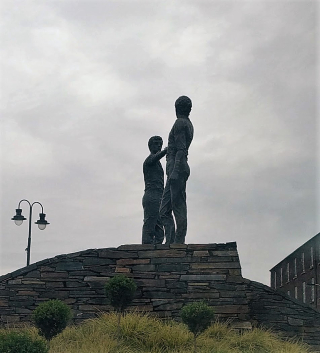 Derry City photo album is here - photos from Saturday, and also some from the Friday evening.

See you at Stormont. IT has been a great adventure. Don't pull anything before you finish!!