It’s the first day of my return-to-work plan agreed with Occupational Health following a year’s sick leave due to relapsed Non-Hodgkin Lymphoma. I’m in British Telecom’s Riverside Tower, close to Belfast’s River Lagan and the Waterfront Hall. A regular Monday morning conference call is about to begin, reviewing changes that have been made over the weekend and considering the week ahead.

Chris Jenkins has dialled in early from Swindon, welcomes me back and asks, ‘I suppose a lot has changed?’  Actually, no it hasn’t, and I’m surprised. It’s the same building, the same people at the same desks, wearing the same headsets.  The whiteboard even has the same writing as a year ago.  I blurt out something vague about a changed perspective on life.  But I’m not very articulate.

I’m back to work full time.

During the five months I spent in hospital the previous year – months when my odds of survival were 50/50 – I used to look down from Belfast City Hospital’s Level 10, thinking of all the work happening on the 12 floors of the Lego-brick-sized Riverside Tower I could see in the distance. 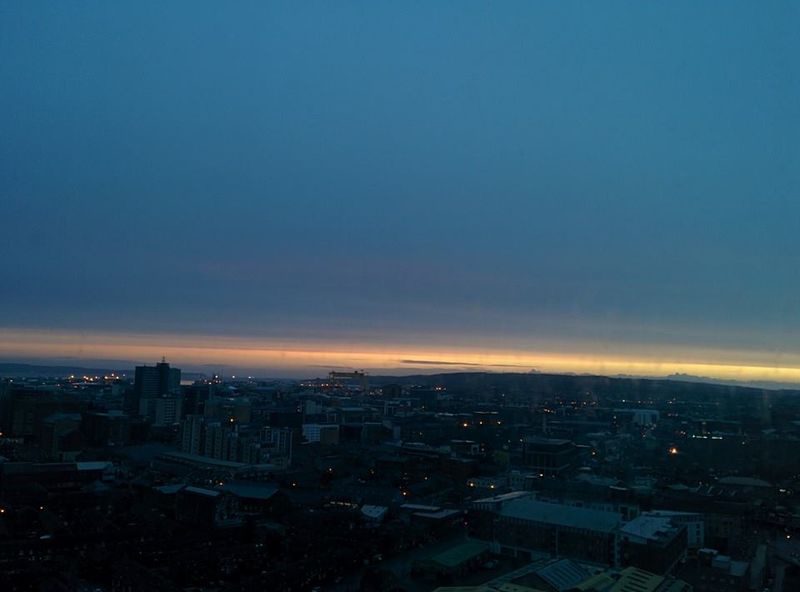 Now, restored to health, I survey the Belfast skyline from Riverside Tower, seeing in the distance a Lego brick-sized City Hospital Tower Block.  And I can better articulate the shift in perspective. I have an acute appreciation of the preciousness and precariousness of life, recalling a concerned nursing assistant, when I was at my lowest, explaining that she needed to position my bed closer to the resuscitation facilities.  I see profound significance in small acts of kindness, having experienced the certainty of regular midnight tea, hot toast and a brief chat with one of the exceptional nursing assistants working during my salvage chemotherapy.  And I know the motivating power of encouraging words, remembering the effect of the cleaner on the morning shift who suggested some colourful language I might want to direct at the cancer cells. 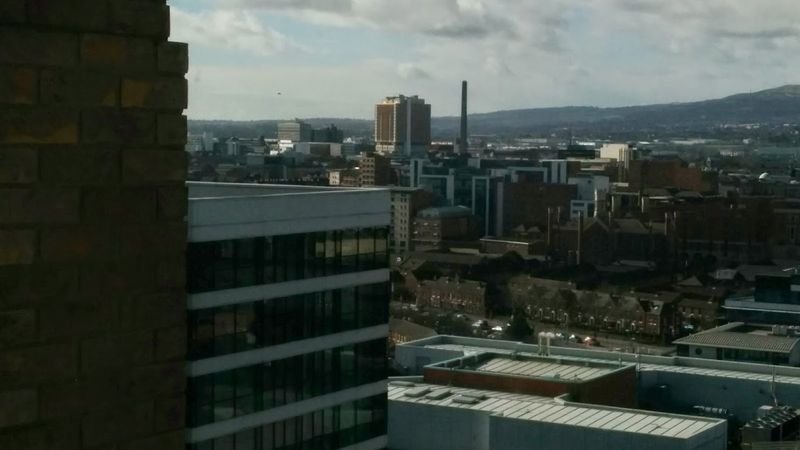 True, both the Riverside and City Hospital Towers are still standing in their customary positions. Nothing has changed. But everything has changed.  I’m still working out how ways in which valuing life, practical gestures and encouraging words can impact the ‘new normal’.

At times in hospital, I was confined to bed and chair, either due to weakness, pumps and tubes, or to the requirement for isolation following stem cell transplant.  One revelation since then has been the rediscovery of space – the ability to just move about – whether it’s a lunchtime stroll around the Lagan or simply walking down the street with home in view.  As Psalm 18:19 says, ‘He brought me out into a spacious place’.  And, more than before, finding space to nurture connection with God seems vital.

During a recent retreat at Tobar Mhuire, the Passionist Community in Crossgar, I had a helpful conversation with Fr John Friel.  In passing, he mentioned theologian Johann Baptist Metz.  Metz’ emphasis that ‘Human persons are not just hearers of the Word, but also doers of the Word’ was influenced by a formative experience during the Second World War.  After training at Würzburg Nazi base, the 16-year-old Metz arrived at the front where his company numbered one hundred young men.  One evening the commander sent him with a message to battalion HQ.  When he returned in the morning they were all dead, overrun by combined bomber and tank assault.  Metz says, ‘I remember nothing but a wordless cry.  What would happen if one took this sort of remembrance not to the psychologist but into the Church?… if one did not allow oneself to be talked out of such unreconciled memories even by theology, but rather wanted to have faith with them and, with them, speak to God?’

My perspective until now has been to stand up for God, showing kindness and encouragement where possible in the light of Jesus’ saying, ‘Whatever you did for one of the least of these brothers and sisters of mine, you did for me’.  But a further perspective shift happened recently at our Carnalea Methodist home group, suggesting a further possible response.  The reading was from Exodus 32: 1-14 where, following plagues, escape from slavery, the Red Sea miracle and provision of manna, Moses finds the people revelling around their golden calf. God is clear.  He will destroy the people and start again with Moses.

In response, the reluctant leader Moses directs the Creator of the universe to, ‘Turn from your fierce anger, relent and do not bring disaster on your people’.  Moses doesn’t pull any punches.  He challenges God.  And in the light of his example and Metz’ biblical thinking, it struck me that there is also space in our relationship with God for standing up to God in protest about injustice as we live in this precarious, broken and beautiful world.  Indeed, the Bible implies that this is something God wants us to do.

Palm Sunday – the start of Holy Week with its two towers of crucifixion and resurrection.  Nothing has changed – my perspectives are messy, fragmented, incomplete – but everything has changed.  Maranatha.  Come, Lord Jesus!